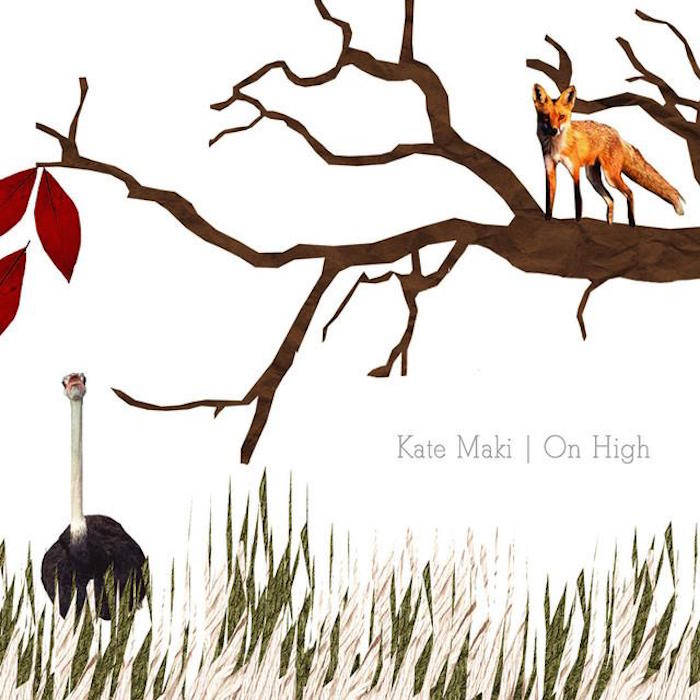 "Maki and Gelb make a fine match. Along with co-producer Dave Draves, they create a dusty, twilit setting, full of junkyard guitars and ghost-town saloon pianos, and Maki settles in nicely, penning a collection of songs that use few words but are never simple. She can sell a song with only her voice and an acoustic guitar." - PITCHFORK

"Like the best country singers, Maki's voice is conversational yet somehow self-contained, as if it'd be quite happy talking to itself sitting on an open plain, or whistling to itself behind a wheel." - MOJO

With a preference for recording in experimental, fly-by-the-seat-of-your-pants fashion, Kate employed legendary Tucson, Arizona phenomenon Howe Gelb (Giant Sand) as producer for her third album, ON HIGH. Kate met Howe in 2004 at a show in Toronto where the young singer made a lasting impression on the desert rocker, very much like M Ward did some years back (Gelb released Ward’s debut in 2000), and Gelb eventually signed Maki to his US label, OWOM: "Kate’s a hardy country type of pioneer woman. Her guitar pickin rhythm is like a drum, and she can belt out, even when she is quiet, like a storm". Recorded by Dave Draves at Little Bullhorn in Ottawa, Ontario over a period of five days in March 2007, ON HIGH features Howe on piano and guitar, Dave on optigan and organ, Dale Murray on pedal steel and guitar, and Nathan Lawr on drums. Howe, Dave, Dale, and Nathan also lent their voices to what was recently described as "an acoustic record of simple beauty. You can hear the space between the notes and the sighs between the chord changes. Pure and innocent as Canadian Snow" (NPR’s Bruce Warren).