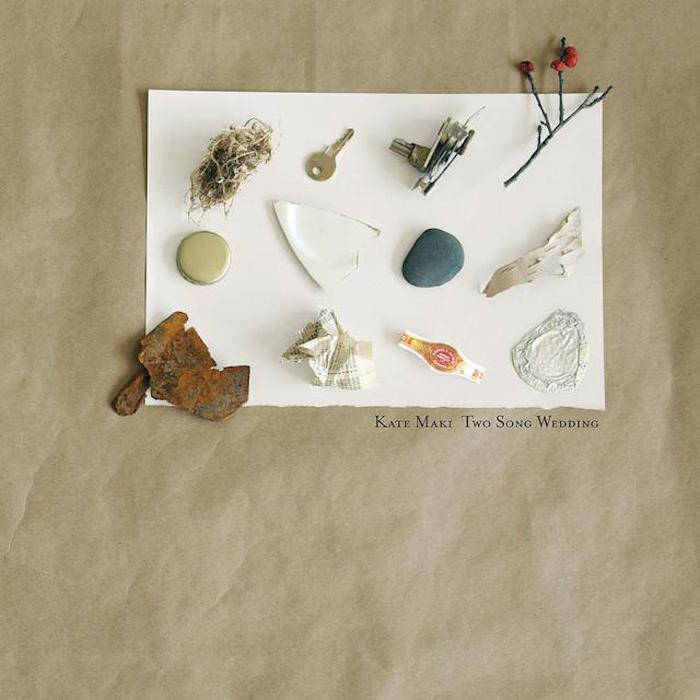 "Maki's delicate, fading voice joins instrumentation that is lazy and grand, like people in a slow dance on a very hot day. She sounds confident and in control, lost voice be damned, and makes what may be her best album to date." - OTTAWA CITIZEN

"There's more to Maki's country-folk than meets the ear. Her voice carries hidden hurt and menace; an old-soul wise beyond her years even if she were decades older." - MONTREAL GAZETTE

Recorded and mixed in Tucson, Arizona on April 14 and 15, 2008 at the influential WaveLab Studio with members of Giant Sand, Jonathan
Richman, Arcade Fire, and Calexico, TWO SONG WEDDING is Kate Maki's fourth solo record. It is an introverted assortment of songs with an overall spaciousness and sincerity that progresses like the soundtrack to a short film or theatrical performance. Unforeseen circumstances (Kate's voice gradually disappeared), unfamiliar elements (95 degree desert heat), unusual surroundings, and unconventional musicians all played a part in the creation of this striking, captivating, unclassifiable record.

All songs written by Kate Maki
Produced by Kate Maki
Tracks 1*, 2, 3, 4, 5, 6, 8, 9 recorded and mixed by Chris Schultz on April 14 and 15, 2008 at WaveLab in Tucson, Arizona (*mixed by Dave Draves at Little Bullhorn in Ottawa, Ontario)
Tracks 7, 10 recorded and mixed by David MacKinnon on December 19, 2008 at Hallamusic in Toronto, Ontario
Mastered by John Golden at Golden Mastering
Cover photo by Harry Choi
Artwork by Emily Waugh
Format: LP/CD/digital